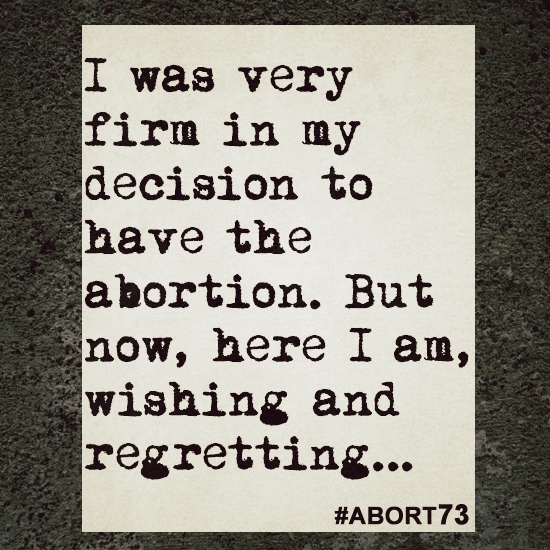 I was very firm in my decision to have the abortion. But now, here I am, wishing and regretting...

I had an abortion recently; I was 7 weeks pregnant. I already have a child and am a single mom. I had my first daughter out of wedlock after the father refused to marry me. I thought it was the hardest thing I'd ever done—and that was with the dad paying child support. The father of the child I aborted has never worked. He's basically an adult child. He's emotionally troubled and has drug addiction, abuse and felonies on his record. Even though I knew his kid would have been a beautiful person, and I felt love for the baby, I was very firm in my decision to have the abortion. But now, here I am, wishing and regretting. Wishing I had that little baby still inside me to care about and listen to me. Wishing for it, even though I barely have enough money to pay the rent.