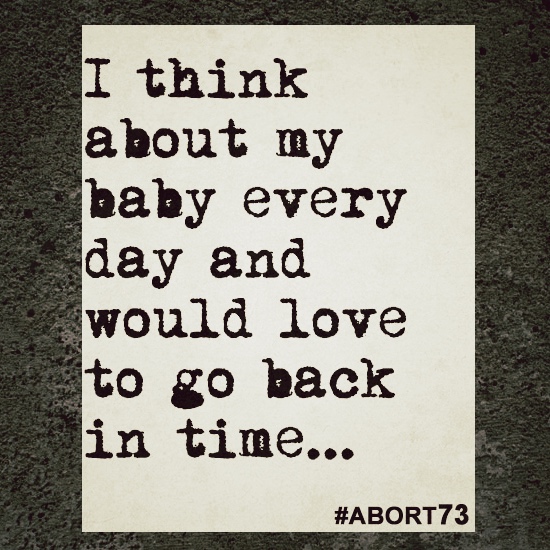 I think about my baby every day and would love to go back in time...

In February 2014, I found out I was pregnant by my boyfriend who was 22-years-old. My parents didn't know I had a boyfriend at that point. When I told them, they were disgusted. I have been learning childcare at college for the last two years, and I didn't agree with terminations. My mum understood that I wanted to keep my baby, but my dad said he would leave us all and move to England. I wasn't that fussed, but I felt so sorry for my mum as it was weeks away from their 25th anniversary. I didn't want to spoil that. I think about my baby every day and would love to go back in time.